Do you smell that? Those would be my pants…on fire. According to my kids, I am a big, fat liar. Now I really don’t make it a habit to pull a Pinocchio and lie to everyone; however, my kids seem to turn me into a liar whenever I act like I know them so well.

You know the drill, we get my parents on Skype and I tell Mimi to “show them what an elephant does.”  Five minutes ago she did her hilarious elephant impression that had us all cracking up, but the second I ask her to show my parents— silence. My poor parents wait anxiously while crowded around their laptop for Mimi to do something, anything. All they get is a blank stare. Awesome.

Monkey is no better. This kid would sooner lose a limb than eat anything green (aside from a Shamrock Shake), but when he is at my in-laws, apparently the kid can’t get enough green beans. What is going on? I would swear up and down he would never eat green beans, and ten minutes later, the kid has eaten his weight beans.

See? Apparently I am a liar.

It would seem that Magic Mike has a way of making my friend Coco a liar too.  Oh now, I’ve got your attention, huh. A few months ago, Coco started her nightly check-in on her two boys. She thought she was going to find her sweet, two-year-old all snuggled in his footie jammies hugging his Big Bird doll. However, she was a shocked to find her boy had pulled a Magic Mike and stripped down butt naked and fell asleep with his little hiney in the air. For a few weeks, Magic Mike made an appearance every night. Now if the Magic Mike showing up every night is Channing Tatum, then yes, I will allow it. However, when your Magic Mike is a naked kid that is seconds away from making a huge, disgusting mess in his crib, uhhhh no thanks. Put your diaper back on.

This weekend Coco and I were chatting about how our first borns were early crib-jumpers, and we foolishly laughed at how nice it is that our second kids would never dream of jumping out of their cribs. Also, because we are both crazy and had two kids in two years, our oldest babies had to figure a few things out pretty quickly, like walking up and down stairs. When your Mommy is super preggers and you are only 18 months old, you have to tackle stair climbing pretty quickly, but Mimi and Magic Mike are quite spoiled and still demand to be carried up and down the stairs.

Last night Coco hears a few strange sounds and thinks it may be one of her boys waking up. At first she ignores it, but she hears the small voice again. She climbs out of bed and puts her ear to each of their doors…nothing. Then she hears a noise downstairs! She creeps down the steps, turns the corner and screams when she walks right into a naked Magic Mike. You know, the non-crib jumping, can’t walk down steps, stopped taking all of his clothes off, Magic Mike. Yeah that one. 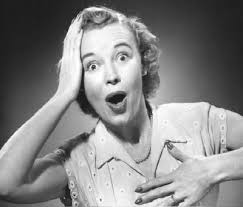 It was like Magic Mike knew his mom would be telling everyone how he never does this and that, and he just had to make her a liar. I bet he was plotting this move for months, listening in on her conversations daily,  doing push ups every night in his crib, planning a Shawshank Redemption escape. I mean this really took some time and consideration. The kid took off his clothes, climbed out of the crib, opened the bedroom door, climbed over the babygate in the doorway, closed the door, walked down the stairs and decided to what, grab a snack, maybe chocolate milk?

Remember the game two truths and a lie? Let’s play, shall we?

1. Coco clearly has her hands full with Magic Mike and his stealthy night moves.

2.  Monkey and Mimi will continue to find ways to make me a big ole’ liar.

3.  Watching a movie about tanned, over sexed, muscular, gorgeous, dancing men is completely offensive and no woman (or large groups of women) should subject themselves to this kind of film.

Buy My Books on Amazon